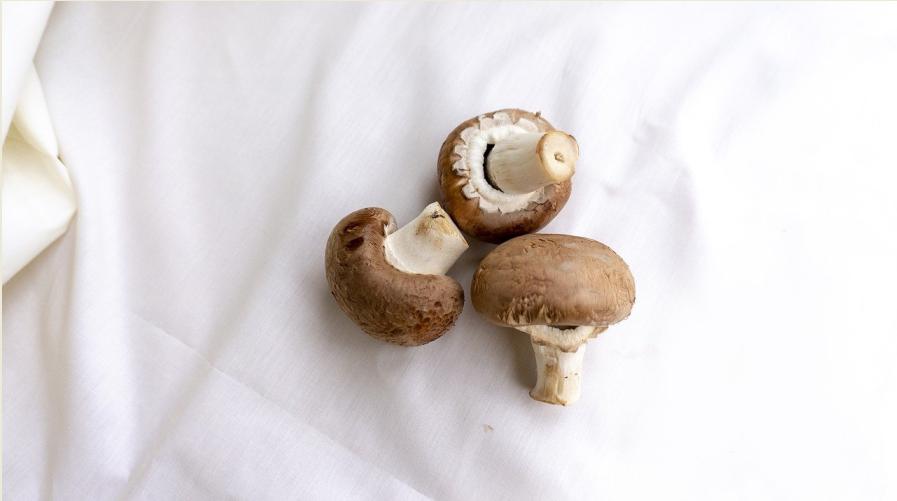 In this article, you’ll learn about both the Mushroom Health Benefits And Side Effects. Having mushrooms as part of tasty cuisine isn’t surprising. As well as being low in calories, they are also high in vitamins, making them a healthy alternative to the foods we normally eat.

As well as being rich in vitamins, mushrooms are also rich in proteins, minerals, and antioxidants. An antioxidant is a type of chemical that assists the body in eliminating free radicals.

These can be beneficial to your health in many ways. However, despite its significance, we must also note that several poisonous mushrooms are available, which can cause harm to your health.

What Is a Mushroom?

A mushroom is a fruiting body that bears spores from a fungus. Fungi are mostly found underground. The ‘seeds’ or spores produced by a mushroom are called spores.

Spores that help the fungus spread far and wide are produced in the pores or gill of the mushroom or toadstool.
Even though they seem small and insignificant, mushrooms are among the largest living things on Earth. The reason for this is that they spread underground.

Mushroom Health Benefits and Side Effects

A mushroom’s benefits go far beyond fueling your body. Antibacterial properties make them useful. Cholesterol can be lowered by using them. Taking them is good for your immune system.

Mushrooms contain fiber, protein, and antioxidants, and are low in calories. In addition, they may reduce the risks of serious health conditions such as Alzheimer’s, heart disease,  cancer, and diabetes.

The beta-glucans, which are found in all medicinal mushrooms, help fight inflammation and stabilize the immune system.  As well as improving your immune system, they also improve your metabolism. In addition to their anti-inflammatory effect, mushrooms have been shown to boost the immune system’s effectiveness.

The mushroom helps stimulate macrophages in your immune system, enhancing your defense against foreign objects and reducing the risk of serious diseases.

Robert Rogers, the author of The Fungal Pharmacy, says beta-glucans attach to the receptor sites on immune cells, activating them, which signals them to recognize cancer cells as foreign and form an immune response.

It’s hard to pick just one medicinal mushroom as most effective for immunity – they’re all beneficial to immunity, so taking a mushroom blend is a wise choice.

Researchers have found that mushrooms, along with exercise and a few lifestyle changes, help you lose weight. It is particularly beneficial for plant-based diets that mushrooms are rich in fiber and protein. As mushrooms contain nutrients that regulate glucose levels in the blood, they also help the body to burn fat.

As a result of their outstanding nutritional value, you can exercise longer and remain energized. One meal swapping ground beef with mushrooms during the study, adults consumed between 400 and 600 fewer calories each day, and they lost an average of 7 pounds over the duration of the study.

Make sure you add mushrooms to your salad next time. According to the Penn State study, higher consumption of mushrooms is associated with a lower risk of cancer. Several cancer studies from 1966 to 2020 were analyzed in this systematic review and meta-analysis.

The researchers examined the relationship between mushroom consumption and cancer risk by examining data from more than 19,500 cancer patients. A mushroom’s vitamin, nutrient, and antioxidant content make it a highly beneficial food. Findings from the research team suggest that these foods may also protect against cancer.

The researchers found that people who consumed mushrooms of any variety had a lower risk of cancer regardless of whether their mushroom consumption was shiitake, oyster, maitake, or king oyster mushrooms.

According to the study, people who were eating about 1/8 to 1/4 cup of mushrooms daily had a 45% lower risk of cancer than people who didn’t consume mushrooms. Studies have shown that certain molecules found in mushrooms called natural killer cells can increase the activity of some white blood cells, such as those found in cancer patients.

These cells are responsible for destroying a variety of infections and cancers in the body.

Our productivity can be negatively affected by fatigue. Despite having a lot on their plates, busy professionals often find themselves in this situation. Reishi has been shown to alleviate fatigue.

In one study, spore-based reishi powder showed to improve the wellbeing of breast cancer survivors. There was less fatigue among those who took reishi powder. As a result, their depression was lessened and their overall quality of life improved.

There are many B vitamins found in mushrooms, including riboflavin, niacin, and pantothenic acid. Together, they help keep hearts healthy. Red blood cells benefit from riboflavin. For healthy skin and digestion, niacin is good. Besides being beneficial for the nervous system, pantothenic acid is also essential for the body’s hormone production.

Several nutrients in mushrooms may benefit the heart, including potassium, fiber, and vitamin C.The mineral potassium controls blood pressure, which may reduce the risk of hypertension and cardiovascular disease.

According to a 2016 study, people with a deficiency of vitamin C had a greater risk of cardiovascular disease, and vitamin C could be helpful for preventing this illness. Supplementing with vitamin C did not appear to be effective in reducing the risk of developing this type of disease.

According to some evidence, beta-glucan fibers may lower cholesterol levels. Beta-glucans occur in the cell walls of many types of mushrooms. Beta-glucans are abundant in the stem of the shiitake mushroom.

You need mushrooms to help keep your heart, muscles, and nerves healthy. Bananas or potatoes are foods that have a lot of this nutrient. Mushrooms, on the other hand, have a high potassium content.

An average grilled mushroom with smooth brown or tan caps, three-quarters of a cup of sliced portabellas, has as much potassium as two medium bananas.

Potassium is a key component of mushrooms. You can control your blood pressure with them.

Almost all mushrooms contain potassium, which is known to reduce sodium’s negative effects on the body. As well as lowering blood pressure, potassium also reduces tension in blood vessels.

In addition to treating conditions like diabetes, mushroom consumption can also help in curing heart disease.

The antioxidants in mushrooms offer protection from free radicals even though they aren’t bright and colorful. Whether raw or cooked, mushrooms are rich in selenium, a nutrient not found in many fruits or vegetables.

Among its many health benefits, selenium protects against cardiovascular disease, cognitive decline, and thyroid disease.

Furthermore, mushrooms may reduce hypertension and other metabolic disorders due to their antioxidant properties.

Supplementing with folic acid, or folate, during pregnancy is a common method of strengthening the fetus, but mushrooms are also rich in folate.16.3 micrograms (mcg) of folate are found in a cup of raw, whole mushrooms. Folate should be consumed at a ratio of 400 micrograms a day for adults according to current guidelines.

Side Effects Of Mushrooms

some mushrooms can cause fatal health issues due to their toxin content. Heavy metals and other chemicals are also found in some wild mushrooms.

Poisonous mushrooms range in number from 70 to 80 species. Some will not affect, while others may even kill you.

The following items are among the deadliest: death caps, deadly dapperlings, destroying angels,  autumn skullcaps, and fly agaric (above).

When it comes to mushrooms, it is best to get them from a reliable source rather than picking them from the wild. Be sure to get a mushroom expert’s approval before picking any mushrooms yourself.

Imagine you eat a wild mushroom, wondering if you made a huge mistake. In what way can you know? The symptoms of mushroom poisoning are nausea, vomiting, cramps, and diarrhea.

You’ll generally stay healthy at home as long as you drink enough water. If you have symptoms of mushroom poisoning, contact your doctor. This is because some mushrooms are toxic.

Some people can have stomach problems when eating mushrooms on a regular basis. It is possible for them to feel diarrhea after consuming the mushrooms. While it might also cause nausea, vomiting, and cramping.

As a result of mushroom usage, some individuals experience skin rashes and skin allergies. Those who use an excessive amount of mushroom may experience nose bleeding, dry nasal passages, and a dry throat.

People who consume mushrooms may feel fatigued even unenergetic after eating them. Others may feel uncomfortable. The situation may occur or feel to certain people, if you are feeling uneasy, you must skip your daily routine.

It is possible for some individuals to experience hallucinations. In other words, it occurs when a person loses their focus. Having consumed mushrooms, you perceive reality differently for some time afterward.

They are similar to the hallucination effects caused by LSD drugs. After the mushroom is consumed in suction, the mushroom reacts all within 20 minutes; however, upon touching the top, it takes 40-60 minutes.

During the next 30 to 40 minutes, the effect will peak. The result is that the individual might hear louder sounds rather than normal ones in his stomach as a result of the mushroom reaction.

It is possible to experience mild to extreme anxiety when mushrooms are taken in high doses.

When some people get a headache for more than a day from its use, we recommend avoiding it in such cases.

The mushroom must not be consumed by a nursing mother. So, like breastfeeding when you are pregnant, some doctors suggest avoiding the mushroom in your food.

People who consumed mushrooms experienced serious dizziness after a few hours. In high doses, it might confuse. Individuals with low blood pressure may experience consciousness as a result of it.

In studies, it has been shown that the disease is most commonly diagnosed in people who regularly consume mushrooms in their diet. After consuming them, one can also suffer from anxiety disorders, panic attacks, and other mental disorders.

Are mushrooms safe to eat every day?

It is safe to eat mushrooms every day. If you want to reduce your risk of neurological illness in the future, you should eat at least five-button mushrooms each day. By microwaving or grilling the mushrooms, you can best preserve the nutritional content.

How many mushrooms can I eat a day?

Beelman states that, in order that you consume three milligrams of ERGO per day, you must consume 100 grams of button mushrooms per day, or 25 grams of oyster, shiitake, or maiitake mushrooms, since they provide four times as much of it.

According to animal studies, mushroom consumption can reduce the severity of non-alcoholic fatty liver disease (NAFLD) via antioxidant and anti-inflammatory properties.

While mushrooms are rich in iron, zinc, and other nutrients, it is important that you limit their daily intake. Today, there are more than 1,40,000 different varieties of mushrooms, but only 10 percent of them are edible.

Getting the right mushrooms is crucial when you are cooking them well.

A person with cancer, for instance, might experience a boost to the immune system as a result of how it affects white blood cells.

We recommend that you contact your physician if you have eaten any poisonous mushrooms.